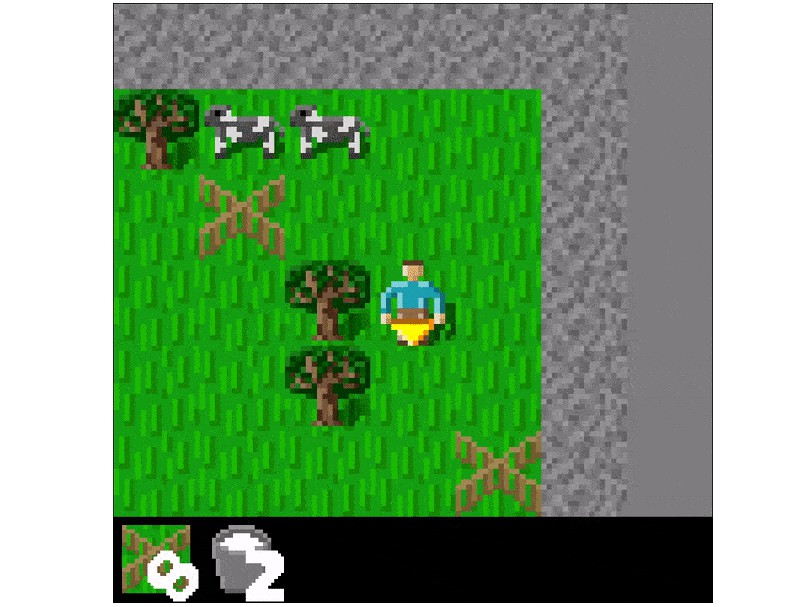 CowHerd is a partially-observed reinforcement learning environment, where the player walks around an area and is rewarded for milking cows. The cows try to escape and the player can place fences to help capture them. The implementation of CowHerd is based on the Crafter environment.

You can play the game yourself with an interactive window and keyboard input.

The mapping from keys to actions, health level, and inventory state are printed

A reward of +1 is given every time the player milks one of the cows.

the player, as well as the inventory state of the agent.

The action space is categorical. Each action is an integer index representing

one of the possible actions: