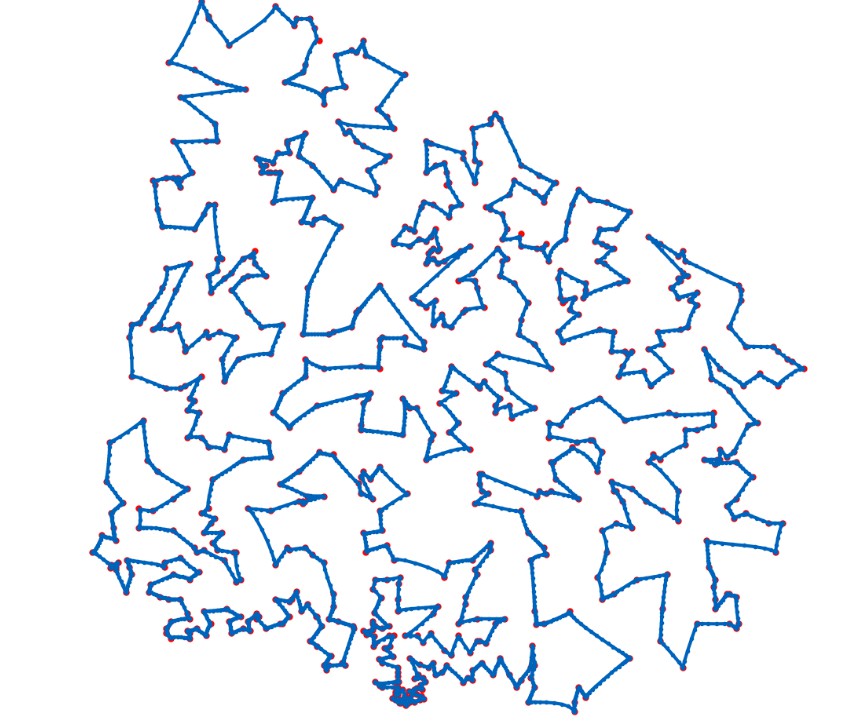 This repository contains an implementation of a Self Organizing Map that can be used to find sub-optimal solutions for the Traveling Salesman Problem. The instances of the problems that the program supports are .tsp files, which is a widespread format in this problem. All the source code can be found in the src directory, while a report and brief presentation slides (in Spanish) can be found in the report folder.

To run the code, only Python 3 and the dependencies (matplotlib, numpy and pandas, which are included in the Anaconda distribution by default) are needed. In case you are not using Anaconda, you can install all the dependencies with:

To run the code, simply execute:

The images generated will be stored in the diagrams folder. Using a tool like convert, you can easily generate an animation like the one in this file by running:

This code is licensed under MIT License, so feel free to modify and/or use it in your projects. If you have any doubts, feel free to contact me or contribute to this repository by creating an issue.

This code was presented for the Bio-Inspired Artificial Intelligence course in the Computer Science & Technology master’s degree @ UC3M. A previous version of this code can be found in this repository. Special thanks to Leonard Kleinans, who worked with me in that previous version.